Fiji on the frontline 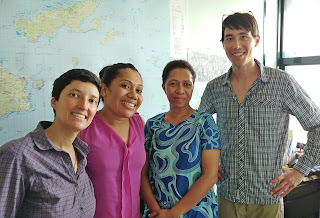 Fiji has always been a leading country in the Pacific, due to its size probably. The country has more inhabitants and land than most of its oceanic neighbors. This year we will hear a little bit more about the small island country: Fiji organizes the next United Nations Climate Change Conference of the Parties (COP)! It is the first time a small Pacific island country coordinates the conference.

COP23 (it’s the 23rd Conference of this kind) will be about moving a step forward in defining how the Paris Agreement will be implemented in 2020. The Fijian team will be assisted by external support; the first preparation meetings took place beginning of February. In particular they will set the agenda for the next 9 months and define the objectives of the Conference. Given the uncertainty about the role of the new U.S. administration, it is expected that the other leading countries go on with their actions and policy implementation. They shall not deviate from the Paris Agreement commitments.

Fortunately, Fijian Prime Minister is very active on the climate change topic. In any of his speeches, he would mention the climate crisis. And when he speaks for Fiji, he does it for the rest of the Pacific Islands as well. Beginning of 2016, only few weeks after the end of the 21st Conference of the Parties (COP21) in Paris, Fiji was the first country to ratify the Paris Agreement.

The organization of the COP will take the team plenty of time; however they have to go on with their local missions. For instance the Unit works on a National Relocation Guideline. The document will provide action plans for the relocation of communities after an extreme event, for the short and long term. The cyclone Winston of last year forced the Unit to finalize this big task as soon as possible. Generally speaking the documents which are produced by the Climate Change Unit also influence the development plans and strategic planning of the cities and villages. In February 2016, the Category 5 cyclone inflicted extensive damage and killed 44 people. The cyclone was both strong and uncommon. The cyclones usually follow a different path in Fiji territory; Winston took a singular and surprising one.

NO TAX ON HYBRID CARS 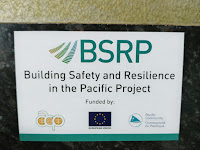 When we arrived in the Capital Suva, we noticed that there are hybrid cars everywhere. We wondered if there was any was any incentive behind this. The answer is positive! Since 2015, Fiji has implemented a climate-friendly policy: there are no taxes on hybrid cars! Hybrid vehicles enjoy zero percent import duty rates, making them much more affordable. The effects of it can be seen in the streets. For a long time, Norway has acted in a similar direction. Electric vehicles sell very well in the Scandinavian country thanks to tax breaks, as well as the development of a network of charging stations. In addition the electric cars enjoy free parking and no charges on toll roads. The country has the world's highest number of electric cars per capita.

The streets of the Capital Suva are full of Prius, the Toyota bestseller hybrid car.

For logistical and environmental reasons, COP23 will take place in Bonn, Germany, not in Fiji. One Climate One Challenge team will be there!

Welcome to the
One Climate One Challenge
Episode II blog!
Introducing the sustainable society...

Articles with the label...

One Climate One Challenge